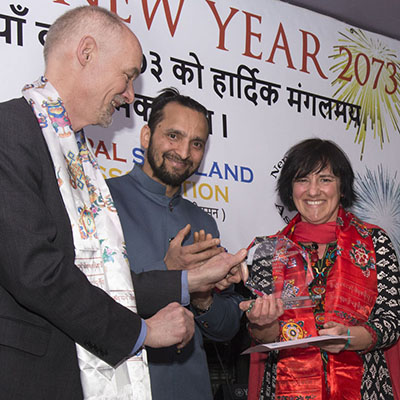 Our friend and creative collaborator Joanna Boyce has just been awarded the Scottish Nepalese Association’s “Charity Person of the Year” award. The award was presented to her by Cllr Steve Burgess and Rajendra Bam, Chairman of the NSA at this year’s New Year Celebration. We have worked with Joanna and the NSA on quite a few projects now such as Spring Holi Day and Signs, Seeds and Woods and look forward to being involved in many more.

Congratulations to Joanna from Grant and Lindsay at Lunaria.

no images were found